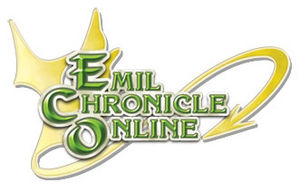 First thing you have to know: this post is not a guide. This is just my experience in playing ECO for just 2 months (yes, only 2 months, so don’t expect anything unusual). For you who don’t know what ECO is, it’s the abbreviation of Emil Chronicle Online. If you want to know more about what I’m talking about here, visit the wiki for more information. It’s an Indonesian wiki – since I’m playing at Indonesian server: Sakura. Up till now, I’m playing a female Titanian Elementalist with the level of 63/28.

This is the first MMORPG I’ve been playing for long. In the past, I’ve played RO (Ragnarok Online), but I quited after playing for a short time due to the waste of money (it’s not a free MMORPG). Some time later I played RF, but not for long either, although it was free (I dunno whether it still is now).

I observed my friends (who are playing MMORPG). How could they not tired to play until they reached high-level? Some even have multiple characters. I wondered why. Now I figure it out after playing ECO. ECO is one of MMORPG – the term “MMORPG” isn’t here for nothing. MMORPG stands for Massively Multiplayer Online Role-Playing Game. See? It’s not a single-player game. If you try to level up by yourself, you’ll get bored soon because it’s so plain. What makes it attractive is the other players. You chat, party, hunt together, help each other – that’s what’s called MMORPG.

Well, that’s what I feel about ECO. Besides, it’s a Japanese Anime MMORPG which focuses on fashion. Ignore the fashion thing and you might get bored fast (the effects on battles aren’t that amazing – for me). And uh.. After playing so far, I’ve decided to make some theme for it. It’s a Google Chrome Theme. You can download it at the Creations Page.

My in-game alias is the same as my Twitter nickname. If you happen to play in the same server with me, I’d like to play with you 😀

1 thought on “ECO: Just Another MMORPG”

This site uses Akismet to reduce spam. Learn how your comment data is processed.